Today, fitness is a big industry that a lot of people follow it. A lot of influencers and celebrities want to make a brand. However, there are a lot of wannabe users who want to sell their fitness brands. A first and great step is to become known (have over 1 million followers on Instagram, for example) and after that, you will be earning money as easy as apple pie.

Instagram is an excellent platform to grow your business and improve it. It seems impossible? but there are easier ways like AiGrow. 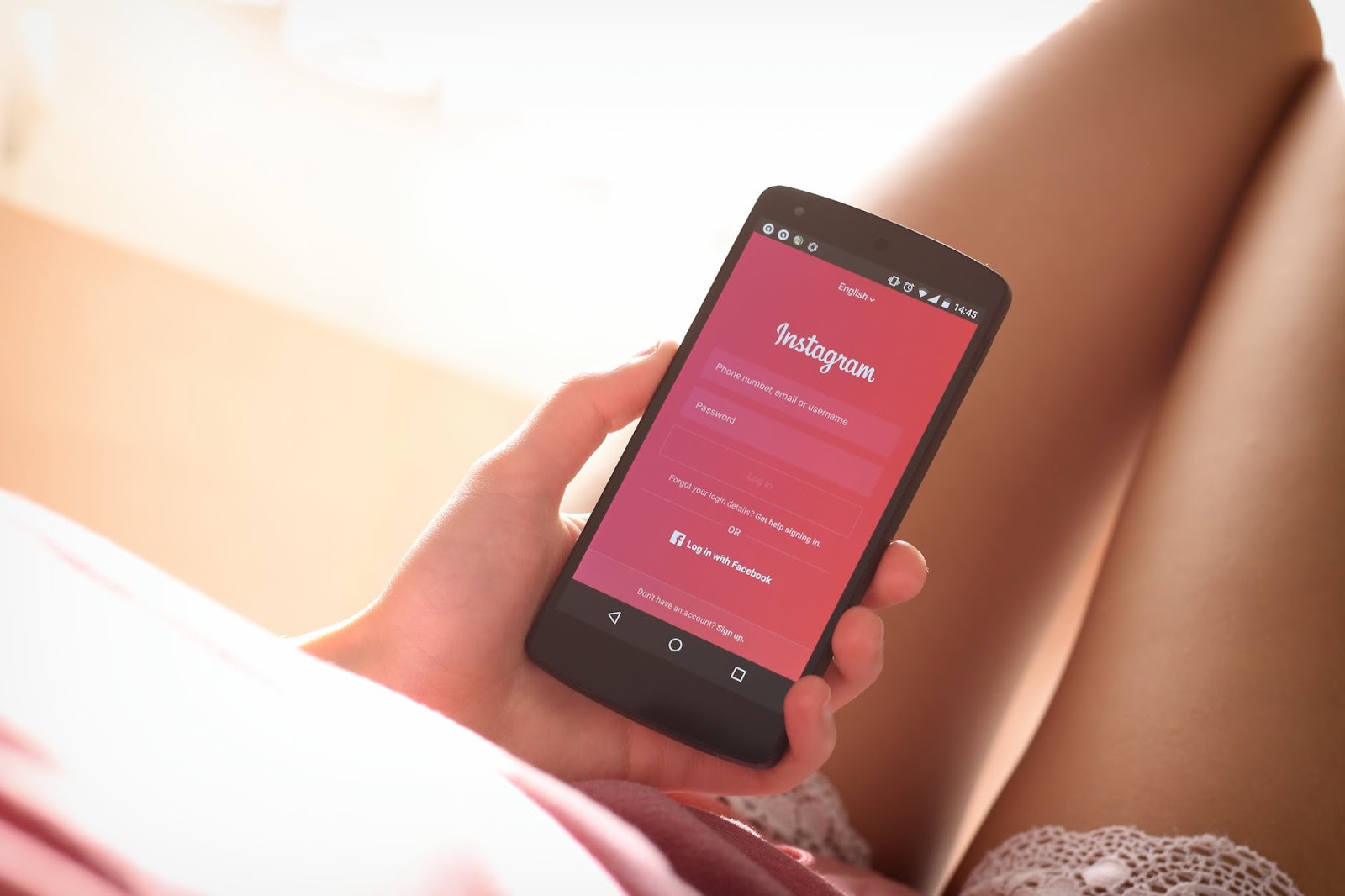 In the last two decades, no one could possibly think that people can earn money easily from social media. Among Social media, Instagram has over 1 million users and it grows every year. Besides, Instagram is an application for cellphones and computers which is capable to share a lot of photos and videos.

Everyone has a cellphone and this matter leads users to be diagnosed better on Instagram. So, all of these facts prepare a situation that can be seen easily by over 1 million users, thus Instagram is the easiest way to separate your fitness brands from a lot of unknown brands. In conclusion,  Instagram is the easiest way to show your fitness brands in front of the eyes of one million users.

We have prepared a list of top 30 fitness brands as follows:

Nike is one of the most famous fitness brands on Instagram. In addition, Nike women is a growing fitness brand among others with impressive photos with different gestures. Among other fitness brands, it seems that it has found its ways to become flourishing.

Maybe, Nike women’s understandable secrets of being prosperous are that it uses remarkable women with no makeup and natural body and also, it has emotion-driven, aspirational and contents.

New Balance brand became successful on Instagram and takes second place in the top 30 fitness brands list. It is a multinational corporation located in Boston, Massachusets. It provides apparel for athletes. In addition, New Balance was founded in 1906, but Instagram visual is one of the main causes of being successful.

Lululemon Athletica is one of the top 30 successful fitness brands on Instagram. Besides, This Brand has focused on fitness and life fun. It can be said that it is a hub for people who wants to be healthy, successful and have a fun life. In addition, One of the crucial factors for being successful is the use of hashtags. Also, Lululemon Athletica uses #thesweatlife and it asks from their community to tag their workout photo.68,0000 posts were posted on Instagram with this hashtag which can be a great success for the brand.

Aloyoga is a successful fitness brand on Instagram. This brand produces yoga clothes for yogis. All of the people affected by their influential people around them, so considerable point for being successful for Aloyag is that Aloyoga doesn’t restrict itself by professional yogis, it also hires Instagram influencers and teaches them yoga in its headquarter.

Fabletics takes second place in the top 30 fitness brands list. It utilizes two main objectives for being successful. First, conveying product quality and second portrays the emotions and experiences of each product. Also, This brand can give girls confidence and conveys the passions of being successful and self-esteemed.

ATHLETA brand is one of the well-known fitness. In addition, that was founded in 1998 in Petaluma, CA. This Brand is a women’s activewear. Also, ATHLETA creates women’s clothes and conveys a sense of style and fitness. It empowers the message “The power of she.” ATHLETA is owned by Gap Inc. In addition, it has about $750 million in annual sales.

Under Armour is one of the fitness brands. Its headquarter is located in Baltimore, Maryland, the U.S. Also, Under Armour manufactures footwear, sport and casual apparel for men and women.

Sweaty Betty is one of the considerable fitness brands was found in 1998 in London. It is a retailer in women’s activewear. In addition, this brand makes sure that “Style meets performance in women’s” and it aims to “inspire women to find empowerment through fitness”.

Besides, Sweaty Betty collaborated with Richard Nicole (a top British designer) which was featured on at London Fashion Week in 2015. In addition, this brand won the award for ‘Healthiest Employees’ as part of Britain’s Healthiest Workplace Awards.

Hi-Tec Sports is one of the biggest British fitness brands that was found in 1974 in England. Hi-Tec Sports USA was started in Modesto city in California. In 2012, it won Best Buy Walking Boot awards and in 2014 this company received Outdoor Company and Footwear Industry awards.

EQUINOX  Fitness is an American fitness company which was found in 1991. Its headquarter is located in New York.

Equinox brought PURE YOGA from Hong Kong to America in 2008. In addition, in 2011, it launched a new market named Blink a separate fitness company. In 2018, EQUINOX  Fitness made investments in Rumble Boxing.

Gold’s Gym is one of the famous fitness brands that was found in 1965 in Venice Beach in California. It presents wellness programs and it is also a trusted fitness brand from 1965.

Gold’s Gym makes money by selling its fitness apparel or fitness plans for employees. In addition, Gold’s Gym is one of the two health clubs of AARP.

Lotto Sport is one of the famous Italian fitness brands which was founded in Italy in 1973. It manufactures, apparel, and equipment. In addition, this factory was taken over by VINAY BMS and then its name changed to Lotto in 199.

Nowadays, Lotto exports its products to over 70 countries.

Asics is one of the completely well-known Japanese fitness brands that was founded in 1949. It supplies sports shoes, apparel, and equipment.

GNC is one of the famous fitness brands a fitness brand which supplies health and wellness products including vitamin, herbal supplements, and minerals.

Also, GNC is the largest global retailer of nutrition products which has more than 8.8 thousand locations all around the world.

Anytime Fitness is a 24-hour fitness club that was found in 2002. In addition, these fitness clubs are opened 24-hours in 365 days of a year.

In 2010, the company announced to grow its business and open clubs in Japan, the United Kingdom, Ireland, Belgium, and the Netherlands. Also, In 2015 and 2016, Anytime Fitness became first in the ranking of the franchises list.

Russel Athletic is one of the biggest American fitness brands. Also, Russel Athletic’s headquarter is in Kentucky, United States.

This company started its work by producing uniforms for different sports such as American football, basketball, baseball, and etc. Russel Athletic was the only supplier for sport outfit for MLB teams until 2004 but afterward Majestic Athletic became the exclusive supplier to MLB.

Shredz Women is one of the famous fitness brands on Instagram. Also, it supplies food supplements, sports apparel, and equipment.

In addition, This Brand has millions of followers in over 100 countries. Shredz Women claims that “they helped a lot of people to control their lives by becoming what they aspired to be”.

Reebok is a footwear and apparel company. In addition, its headquarters is located in Boston, United States.

In 2019, Reebok’s Russian branch posted a picture on social media that was saying “Sit on the man’s face instead of sitting on a needle of man’s approval”. So, The headquarter apologized for this scandal.

Adidas is a fitness brand that provides sports apparel and accessories. This company was found by Adolf Dassler in his mother’s house in 1924.

In addition, Adolf joined his brother Rudolf and established the Dassler brother shoe company. In 1949, a breakdown happened in the relationship between brothers, Adolf created Adidas and Rudolf built Puma. Adidas announced that it had 634 million euros in net income which was eye-catching progress. In addition, Adidas and PUMA are well-known fitness brands.

PUMA is a German company. Also, it is the third-largest company in the world. In 2017, PUMA employs over 13000 people to distribute its products all around the world. Also, PUMA had about 187 million euros of net income in 2018.

Speedo is one of the biggest fitness brands in swimwear. Today this brand produces different products from goggles to swimsuits. Speedo Unveiled LZR (“lazer”) Racer in 2008 which was optimized by NASA in 2008.

In addition, this swimsuit was designed to minimize the drag force between swimmers and water. Michael Phelps wore this swimwear and won the competition in Beijing Olympics.

Life Fitness company is a well-known American fitness company that manufactures equipment such as stationary bikes and treadmills.

This company was found in 1977 and its owner is Brunswick Billiards. In 2015, Life Fitness announced that it has about 1,700 employees and 12 manufacturing facilities all around the world.

Salomon Group is a globally French manufacturing company that produces snowsport and hiking equipment. In addition,  this brand is one of the most well-known fitness brands in the snowsports field all around the world.

Spyder is one of the well-known American fitness brands that manufactures sports equipment. In addition, its headquarter is located in Colorado, United States.

Spyder is the largest ski-specialty brand in the world and in August 2013 Authentic Brands Group acquired Spyder. Besides, Spyder licensed it to Li & Fung.

Vans is one of the well-known American fitness brands that manufactures skateboarding shoes and apparel.

CanterBury is a New Zealand sports clothing company. In addition, it is one of the oldest fitness brands that is founded in 1904. CanterBury’s headquarter is located in the U.K. In addition, its net income was estimated at about 220,000 euros in 2015.

The converse is one of the well-known and famous fitness brands that manufactures sports shoes, apparel, accessories, and sporting goods. During the world war II era, this company shifted from athletic shoes to military shoes.

In addition, during the 1970s, Converse lost its dominance in the market when the other brands introduced their products. Today, Converse sells its products in over 160 countries and it has approximately 75 companies.

Kookaburra is one of the Australian fitness brands that manufactures sports equipment which was in 1890. Also, This brand is one of the most well-known brands in cricket and field hockey equipment. In addition, athletes used Kaburra Dimple Elit hockey ball in all Olympic games since 1984.

Nivia is one of the famous Indian fitness brands that manufactures sports equipment. It was found in 1934.